Supporting young scientists is paying off

The awarding of the Werner von Siemens Prizes brought first place in the category of the best diploma thesis of Mgr. Lukáš Peter from the J. Heyrovský Institute of Physical Chemistry of the CAS. He received the award for his thesis entitled Consequences of heavy bombardment for chemical and prebiotic evolution on early Mars and Earth. During his studies at the Faculty of Science of Charles University, Lukáš was given the chance to work in one of the most modern research institutions in the Czech Republic under the guidance of the best in the field.  The enthusiasm of the young scientist and the quality support brought a great result.

The diploma thesis was created under the guidance of RNDr. Martin Ferus, PhD, head of the Spectroscopy Department of the J. Heyrovský Institute of Physical Chemistry. It summarizes and interprets the results of laboratory experiments dealing with the consequences of the effects of asteroids on the evolution of young planets just before the possible emergence of life. This unique research was started in the Department of Spectroscopy almost twenty years ago by Professor Svatopluk Civiš in cooperation with teams from the Institute of Physics of the CAS, the Institute of Biophysics of the CAS and the PALS laser centre of the Institute of Plasma Physics. Currently, new fascinating topics have been opened, which follow on from the original work such as detection of impacts on exoplanets, chemical processes in craters on Mars, the catalytic action of rocks and minerals formed by weathering of asteroid residues in these craters and simulation of meteor plasma physics. Mgr. Lukáš Petera combined original and completely new topics into one great work, which rightly attracted the jury’s attention.

Researchers from the Department of Spectroscopy have focused on one of the most mysterious puzzles of our existence, the search for the origin of the basic building blocks for the origin of life. Current scientific and technical development in the field of exoplanet studies brings us closer to answering the question of the chemical evolution of our world and the origin of life than ever before.

A chance to work at the J. Heyrovský Institute of Physical Chemistry allowed Lukáš to devote himself to the desired research and brought excellent results. However, this is not a one-sided benefit, it is also important for research institutions to support young talented scientists and to grow with them. 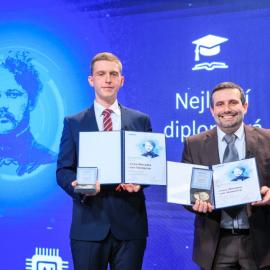 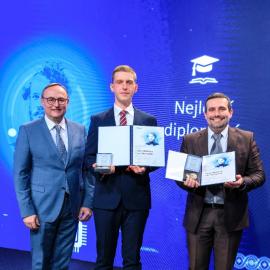 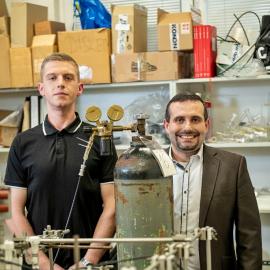 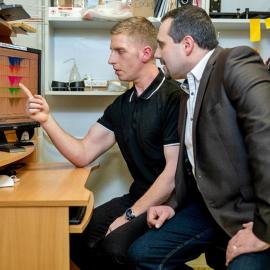 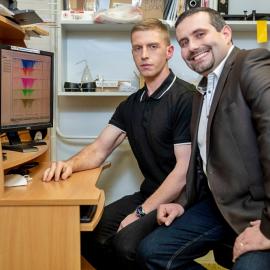