On Wednesday 9 November 2022, Dr. Štěpán Timr received the Lumina quaeruntur prize from the President of the Czech Academy of Sciences, Prof. Eva Zažímalová. The Lumina quaeruntur Prize is intended to reward outstanding promising researchers in the establishment of new scientific teams at the Czech Academy of Sciences, enabling them to develop their scientific programme focused on conceptually new topics significantly pushing the boundaries of knowledge or leading to socially important practical applications.

Štěpán Timr (born 1989) is interested in computer simulations of proteins and other biomolecules. He is interested in how cellular metabolic processes work and how they are regulated. With the Lumina Quaeruntur award, the scientist would like to develop a new multi-level computational scheme to comprehensively describe the clusters of enzymes that form in cells. He hopes to gain not only an understanding of the mechanisms regulating the breakdown of glucose, but also insights that will open up new treatment options, for example in cancer.

In particular, he wants to focus on enzymes of the glycolytic pathway. "This is a key metabolic pathway that forms the starting point for many other processes in the cell," explains the scientist. Štěpán Timr's research is specific in that he tries to link the detailed description of individual molecules with an overall model of the metabolic pathway in question.

Štěpán Timr's research lies at the interface of biology, chemistry, physics and computer science. The promising scientist has developed a suite of tools to analyse molecular simulations. Among other things, he has described how molecular clustering affects the stability of proteins. The scientist has also contributed to investigating the relationship between protein movements and heat-induced cell death.

After completing his PhD in the group of Prof. Pavel Jungwirth at the Institute of Organic Chemistry and Biochemistry of the CAS, Štěpán Timr went to Paris as a postdoctoral fellow on a Marie Skłodowska-Curie fellowship. After returning to the Czech Republic, he started his own research group at the J. Heyrovsky Institute of Physical Chemistry of the CAS.

Congratulations and best wishes for success in the scientific work! 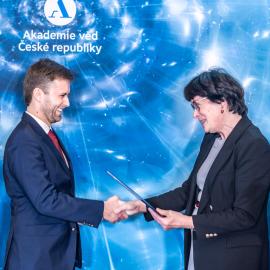 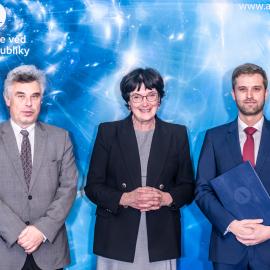 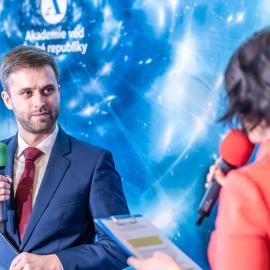 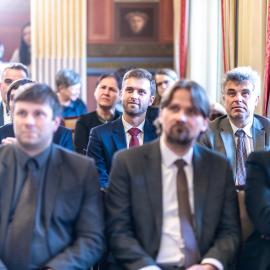