On 23 September 2022, the director of our Institute, Professor Martin Hof, received the Emil Votoček's Honorary Medal for his lifelong contribution for merit in chemistry. He received the medal from the Rector of the University of Chemistry and Technology in Prague, Professor Pavel Matějka. The ceremony took place in the refectory of Strahov Monastery.

Prof. Martin Hof was born in Friedberg, Germany, in 1962. He studied chemistry at the University of Würzburg, where he obtained PhD in physical chemistry in 1990.

He started to work at the J. Heyrovsky Institute in 1997, where he built a lab to develop novel fluorescence techniques due to success in obtaining external funding. He established a new Department of Biophysical Chemistry and, after working as a vice-director, became the Institute's Director in 2017 and currently serves the second term of office.

In his research, Martin Hof focuses on developing new fluorescence techniques and their application in biological research. The methods he has developed together with his colleagues are now used in many laboratories worldwide. He was the first to systematically apply the solvent relaxation method in biomembrane research, which is now adopted as a standard technique.

He also introduced fluorescence correlation spectroscopy with z-scanning to obtain diffusion coefficients in planar systems. He thus elucidated the presence of microdomains in the membranes of living cells and the diffusion of peripheral membrane proteins. Moreover, he distinguished the contributions of individual molecules by a new method of fluorescence lifetime correlation spectroscopy, elucidating the mechanism of condensation of DNA molecules. Overall, his work contributed significantly to understanding the organisation of biological membranes and the role of mobility and hydration of enzymes in their function. 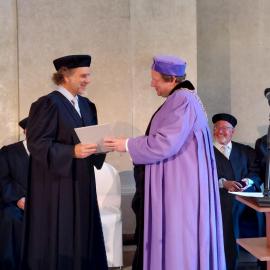 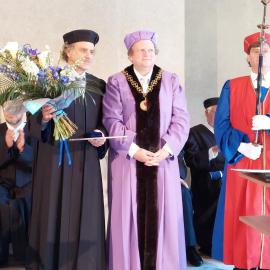 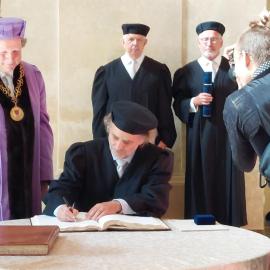