Every year, the Czech Academy of Sciences recognises the long-term work of outstanding scientists. Today, Professor Antonín Vlček received the Jaroslav Heyrovský Medal for Merit in Chemical Sciences from the President of the Academy of Sciences, Prof. Eva Zažímalová.

Antonín Vlček was born in 1955 in Prague, studied chemistry at Charles University and in 1984 defended his PhD thesis at the J. Heyrovsky Institute of Physical Chemistry and Electrochemistry of the Czechoslovak Academy of Sciences. He has remained loyal to our Institute to this day, even though he has reduced his working hours due to his work abroad. He completed a number of successful foreign internships: at Caltech, in Montreal and in Amsterdam, and in 1996 he became a professor at Queen Mary University of London, where he is still working.

Professor Vlček's research focuses on the photophysics and photochemistry of transition metal compounds (e.g. platinum, manganese, iron or copper), which are often found in enzymes and metalloproteins (e.g. haemoglobin). In these areas, the main focus is on the characterisation of excited states generated by interactions with light and their very fast chemical reactions.

His research on the dynamics of excited states is also related to the conversion of solar energy into chemical energy and to photocatalysis. Antonín Vlček's current research focuses on photoinduced electron transfer in metalloproteins modified by organometallic sensitizers. 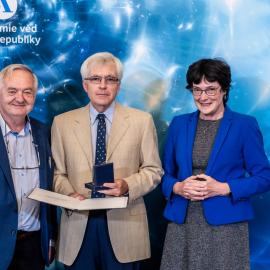 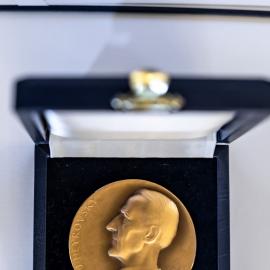