The European Research Area and Innovation Committee that met on 13th and 14th September, 2022 in Prague, hosted by the Czech Presidency of the Council of the EU, brought together Directors-General for Research from all EU Member States and some of the countries associated with Horizon Europe.

At the beginning of the meeting, ERAC Co-Chair Signe Ratso (DG RTD EC) updated the delegations on EU support for Ukraine, its researchers and the extent of sanctions against Russia. She also highlighted the validity of the Association Agreement with Ukraine of 9 June 2022 and the support for displaced Ukrainian researchers. The participants learned also about the current progress of the Czech Presidency of the Council of the EU and the intentions of the incoming Swedish and Spanish Presidencies.

In the first strategic discussion, the ERAC broadly supported the approach adopted and the measures proposed by the Commission in its recently published "European Innovation Agenda". In addition to this document, the Czech Presidency has prepared a draft of EU Council Conclusions, which include proposals to strengthen the European innovation ecosystem. These include improving the EU regulatory conditions for innovation and strengthening the coordination of innovation policy at regional, national and European levels. The EU Council Conclusions will be discussed from September and the final text is likely to be adopted on 2 December 2022 during the EU Competitiveness Council Research Configuration meeting in Brussels.

Jan Hrušák participated in the meeting as a member of the Czech delegation and the Commissioner of the Ministry of Education and Science for Research Infrastructures and stressed the usefulness of the debates led by the ERAC for the Czech Presidency: "Research infrastructures and the new European Innovation Programme are among the priority topics of the Czech Presidency and the outcomes of today's discussions inspire the preparation and next stages of the discussion of the substantively relevant EU Council Conclusions on infrastructures. Moreover, the debates, also partly organized in the form of parallel "break-out sessions", as they have been chosen, allow to address the technical issues in an even deeper perspective than in the plenary session alone. However, always maintaining their highly strategic nature, guaranteed by the participation of the Directors-General in the ERAC."

The second strategic discussion addressed the digital transition of research infrastructures (RIs). ERAC members underlined the high added value of a well-functioning European ecosystem of research infrastructures (RIs). In his presentation, Jan Hrušák highlighted the indispensable role of RIs in building the Open Science system. He stressed that RIs are among the most advanced stakeholders in the digital transition and are not only users and providers of data for the European Open Science Cloud (EOSC), but also guarantors of its high quality. At the same time, he highlighted the indispensable role of RI in the implementation of EOSC and the need to reflect in building this concept on the experience that research infrastructures have accumulated in serving scientific communities, innovators and society. In addition to RIs at all levels, e-Infrastructures and EOSC, a coherent and interconnected ecosystem of research infrastructures includes infrastructures in the technology domain, including a proven governance scheme (European Strategy Forum for Research Infrastructures - ESFRI). ERAC Co-Chair Signe Ratso thanked the ERAC for its comprehensive perspective and summarized that the ERAC supports a systemic approach at the EU level, including coordination with other European initiatives such as GEANT and EuroHPC. The ERAC also calls for a light and flexible coordination structure between ESFRI and EOSC to allow for coordination on strategic governance.

During the second day of the ERAC meeting, a discussion was first held on the role of the ERAC in the preparation of the next Framework Programme. Member State Co-Chair Barbara Weitgruber (AT) referred to the ERAC's mandate to provide timely strategic advice for the preparation of the next Framework Programme. The delegation underlined the strong and multifaceted added value of the FP for the EU, its Member States, research institutions and researchers. However, the current situation, characterized by major transitions and multiple crises, may require new approaches and a more fundamental change in the way R&D cooperation works. The next item on the second day was the priorities for the development of the ERA policy agenda for 2022-2024. Member States have signed up to 15 of the 18 proposed "ERA actions" and are ready to implement them. The Czech Republic supported all ERA actions and is ready to implement them. 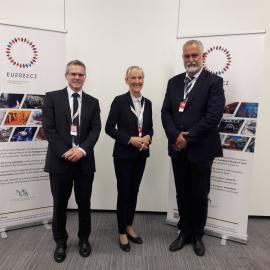 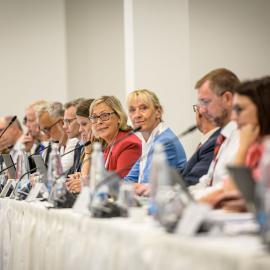 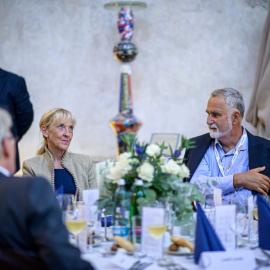