Liblice, 26th March 2019 – The conference, organised by the League of Advanced European Neutron Sources (LENS), and held in the premises of the Baroque Castle of Liblice, Czech Republic, has drawn the attention to the key challenges of 9 European neutron-based research infrastructures. The LENS strategy partnership aims at supporting the users and strengthening the European neutron science.

The LENS conference was attended by the governmental representatives, delegates to the European Strategy Forum on Research Infrastructures (ESFRI), European Commission, and research community. On the occasion of the conference, the 1st Meeting of LENS Executive Board was held and consortium adopted and signed the LENS Statutes, laying down the framework for the LENS internal coordination. The Director of the Institut Laue-Langevin (ILL) in France, Helmut Schober, was elected as the LENS 1st Chair, and the Director of the ISIS Neutron and Muon Source in the United Kingdom, Robert McGreevy, as the LENS Vice-Chair.

Other media outputs (in a connection with the press release): 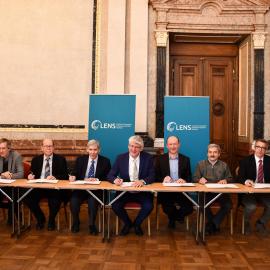 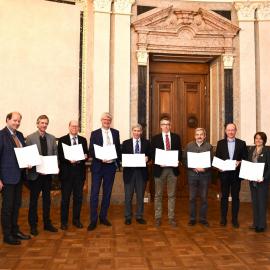